Okay, so we’re not surprised, but we are pleased, impressed, and wishing we could have won that One Story ipad raffle (though I think L Magazine is having one now? Those iPads really get around.) upon hearing that the fabulous folks at Electric Literature have made EL into the first lit magazine to grace the shiny reflection of a million plebeian’s jealous glances as they peer over the shoulder of some lucky soul with an iPad.

(Seriously–I’d never felt so sooty as in the first week of the iPad’s release, when a few friends and I walked by a schmancy restaurant where this silverback was showing his iPad off to his girlfriend and we actually CROWDED around the window like homeless orphans on an especially cold Thanksgiving.) 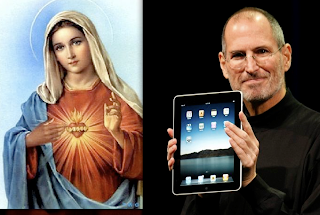 Anyway, this news is great because we get the sense that a lot of people who initially bought iPads weren’t sure what to do with them once they ran out of planes to watch movies on. It’s also neat because (in Scott and Andy’s words):

“…We found it’s a great way for us to feature everything Electric Literature does in one place. Our videos, audio, and imagery work together to enhance the reader’s experience without overpowering the literary content.

We designed the application from scratch, with the help of a young programmer who quit his job at Motorola and left Silicon Valley to study writing in New York. Electric Literature has been very fortunate in this regard—the idealism with which we started this project has attracted other idealists who want to advocate for fiction, paying writers, and preserving literature as a vital part of popular culture in the digital age.”