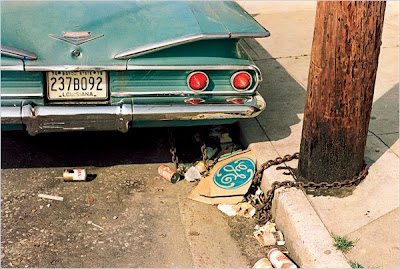 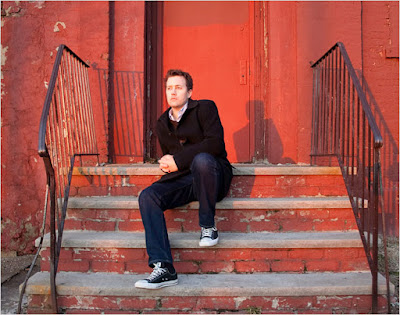 Um, Wells Tower is having a really nice week. And the best part is, it’s deserved. Unlike other raves and glowing reviews where I question, not only the critic’s taste, but their actual familial affiliation with the author. Not so, here. Tower is an extraordinary writer. You can come hear him on May 6th with Arthur Phillips and John Wray at Happy Ending’s next next show at Joe’s Pub (next show is April 1st).Check out Edmund White’s, Sunday New York Times Book Review.

“At the sight of her father, the fear went out of Jacey, and cold mortification took its place. There he stood, not yet 40, bald as an apple, and beaming out an uncomprehending fat-boy’s smile. His face, swollen with a recent sunburn, glowed against the green dark of the rosebushes at his back. He wore the cheap rubber sandals Jacey hated, and a black T-shirt airbrushed with the heads of howling wolves, whose smaller twin lay at the bottom of Jacey’s closet with the price tag still attached. Exhausted gray socks collapsed around his thick ankles, which rose to the familiar legs Jacey herself was afflicted with, bowed and trunk-like things a lifetime of exercise would never much improve. Her humiliation was sudden and solid and without thought or reason. But the wordless, exposed sensation overwhelming her was that her father wasn’t quite a person, not really, but a private part of her, a curse of pinkness and squatness and cureless vulnerability that was Jacey’s right alone to keep hidden from the world.”

I quote this passage at such length because it reveals all the tensile strength of Tower’s remarkable style. His syntax, though always easy to follow, is supple enough to wrap itself around several shades of meaning in the same sentence. His understanding of previously under-recognized feelings (in this case, the humiliation of family resemblance) is rich in detail and passionate in utterance. And his familiarity with the whole ghastly world of malls and “cute” commercial culture is serious, even plangent, certainly not merely satirical.

Every one of the stories in “Everything Ravaged, Everything Burned” is polished and distinctive. Though he’s intrigued by the painful experiences of men much older than he is, Tower can write with equal power about young women and boys; about hell- raising, skull-bashing ancient Vikings and an observant housebound old man of the 21st century, even about a cheerful, insouciant pedophile. His range is wide and his language impeccable, never strained or fussy. His grasp of human psychology is fresh and un-Freudianizing. –Edmund White’s most recent books are a novel about Stephen Crane, “Hotel de Dream,” and a short life of Rimbaud. He has just finished “City Boy,” a memoir about New York in the 1970s