Some of my favorite friends I’ve made outside of New York’s literary community, I’ve made at Yaddo & MacDowell (except you – Katie & Paul). Two of these people are Jon and Ali aka Thomson and Craighead. They run the London branch of Happy Ending, which doesn’t exist, except for when we pretend it does. They never come to New York. Or, they come to New York all the time, but don’t tell me. Not sure which, really. Anyway, I adore Jon and Ali. My first stay at MacDowell, I was besties with them and Leah Garnett who runs the New Brunswick branch of Happy Ending, which also doesn’t exist. Anyway, Jon and Ali make digital art and they have a new show up called, “Several Interruptions.” This new video work has been commissioned by Arts Council England especially for their rebranding of the arts council website, which went live today!

Several_Interruptions, which collages together online videos in which people are seen holding their breath underwater, is both interruption (as its name suggests) as well as documentary, in which the seemingly mundane and numerous has been made back into something unique and original.

Thomson & Craighead have personally chosen, from some 61,000 possible files on YouTube, videos which they have edited together into brief vignettes which interrupt each other sequentially (in time) and laterally (on-screen). Through the artists’ mediation, these amateur videos have been transformed into professional pocket- sized triptychs which make reference to the large-scale, three-screen projection installations of internationally-known video artists.

After you’ve checked out “Several Interruptions,” come back and study these pictures and tell me you wouldn’t try and bust your way into the London offices of Happy Ending just trying to be friends with these guys. (I took these photos during Leah’s presentation in Firth at MacDowell. Firth is the name of a studio there.) 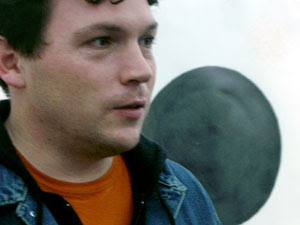 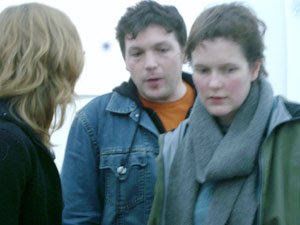 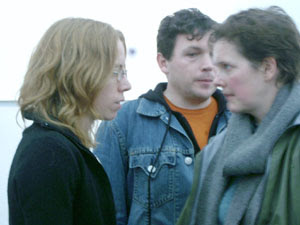 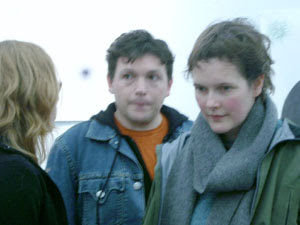 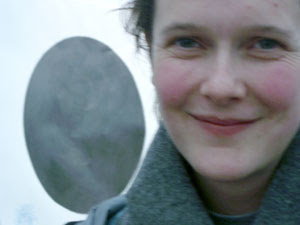