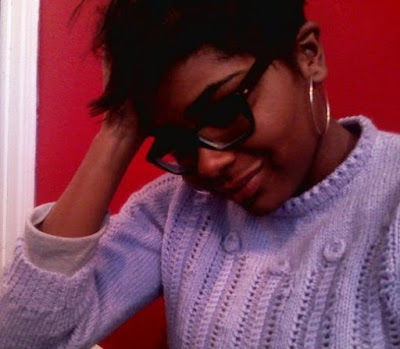 Sam is my new intern. She is amazing. Every month Sam will write up a post, post-show to tell you how it all went from her end. Here is her first post. She writes about AFFLICTION NIGHT — February 4th. Readers: Jayne Anne Phillips, Sarah Manguso with a special appearance by members of the cast of Hair. Music: Daniel Knox.

As an intern, there are certain things you never want to happen, especially on your first day on the job. If your boss is a comedian, the very last thing you want to do, EVER, is spoil the punch line. But guess what? I managed to do just that. How did such a thing happen you ask? I’ll tell you. Amanda is in love with Craig Ferguson (the late night television host with a Scottish accent), but sadly, he recently got married to a blonde who I thought was younger than I am. So to open Affliction Night at Joe’s Pub, Amanda wanted to profess her love to the entire audience. My job was simple: When she said certain words, and I heard the cue, I pressed a button, and images were supposed to appear on the screen behind her, photos of her beloved Craig. Before the show, I set everything up, the powerpoint was ready, the images looked great, it was perfect. I left my laptop all set and ready to go, and proceeded to ask the performers if they needed anything, handed out drink tickets, smiled at the cast of Hair because they’re all so perky, and learned that Daniel Knox hates the smell of mint.

I was doing intern things, making runs to Walgreens, meeting the stage manager, and placing playbills on the dinner tables. But minutes before the show was to start, my laptop fell asleep and had to be restarted! I almost fainted. Amanda was already onstage, welcoming everyone to Happy Ending, and I was scrambling to fix this catastrophe! But Amanda was already onstage and beginning her routine. When it came time to plug the photos, the LCD settings were off, so when I clicked on the images, Craig was all distorted. Oh my god…I couldn’t fix it in time. I was shaking out of sheer panic. And right before Amanda was to say her punch line of the evening describing how every time Craig looks into his child bride’s eyes he sees her, I clicked on the photo that was supposed to be shown only 3 seconds later, a photoshopped shot of Amanda and Craig. A little part of me died when Amanda said into the mic, “that wasn’t supposed to be happen.” But there were chuckles, and more laughs when I quickly switched back, and showed it again when it was supposed to be there. Lord…that was bad.

The rest of night went well, except for another blooper on my part during Knox’s sing-along portion at the end of the show. My desktop was shown for everyone’s viewing pleasure. Daniel forgave me though; he said it took the pressure off of him. HA! Let’s just say my computer and I were not friends that night. Afterwards, I sold t-shirts and CDs while pouring out my fears to Shawn, the guy selling books, waiting for Amanda to pull me to the side and say “Sam, I’m gonna have to let you go.” Why God, WHY? It truly was Affliction Night. But as it turns out I wasn’t fired, Daniel gave me a CD, and I suggested he take the party to McSorley’s up the street. I think they wound up at Continental instead. That’s unfortunate…