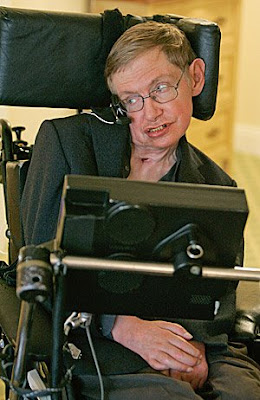 “Noted physicist Stephen Hawking has been described as “very ill” and has been hospitalized, according to reports. The report was confirmed to the BBC by Cambridge University, which employs Hawking as its Lucasian Professor of Mathematics.

Hawking, 67, has amyotrophic lateral sclerosis, or ALS, also known as Lou Gehrig’s disease, often fatal after a few years. Hawking has survived for more than 40 years with the disease, CNN reported.

A Cambridge University spokesman said that Hawking had “been unwell for a couple of weeks,” according to the BBC.

An iconic scientist both for his intellect and his ability to coexist with a debilitating disease, Hawking entered the popular consciousness with his 1988 book, A Brief History of Time.”

And more from the LA Times…