I know like, a half second ago I told you to go to All Tomorrow’s Parties on either Friday or Saturday this weekend, but I’m retracting that statement and telling you to go on Friday so that you can go to Cinema 16 on Saturday.

In case you’re not familiar, Cinema 16 pairs old, often under-watched films with a live soundtrack by a band (with completely original music for the event), and is sponsored by Drambuie, meaning free dranks all night (and free admission with rsvp). I’ve only had the chance to go to one of these showings and let me give you a little advice: Avoid the “Chambuie.” It’s champagne and Drambuie and if you ask me nobody should be drinking drinks with the words “SHAM” and “BOOO” in their names.
The band this weekend is These Are Powers and the films will be:
Two PSA’s and one educational video from the 60s and 70s:
Styling and Experimenting, 1964 – Illustrates the process of designing the “new” mustang.
One Got Fat: Bicycle Safety, 1963 – A group of children wearing ape masks, demonstrate the dangers of biking in this strange and dark PSA.
Solar System 2nd Edition, 1977 – Tom Smith headed up the Special Effects team at Industrial Light & Magic, where he created all the goodies for the Star Wars films. This is his academic film masterwork.
(thanks for the program, myopenbar). 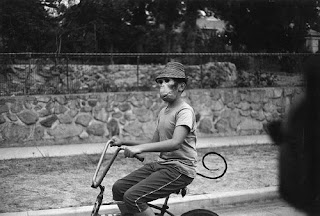 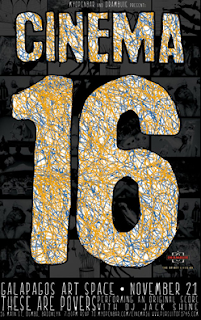 One Reply to “In The Spirit Of Film Night”