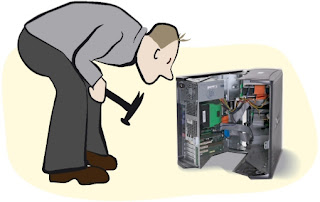 S and I did 45-15 today at Blackbird. 45 minutes of writing, 15 to check email, talk, get a refill, go to the bathroom. Blackbird, in Williamsburg, didn’t have a functional wireless connection and all the options on the airport scroll were password protected. We needed to get online. We only had 15 minutes. One of the wireless options belonged to a guy named Hasan who conveniently, and strangely, listed his phone number next to his name. S dared me to call him knowing I’d have done it on no dare. It was 2:05 in the afternoon and I woke Hasan up. I told him that I needed his password to get online and he sleepily asked why I wanted his. So I explained that he had listed his private phone number in such a public way, it was almost like he was ASKING for someone to call him. He tried convincing me to use someone else’s, but I explained everyone else had WEP passwords as well, but his was the only code with a crack. He paused, then told me to hold on. I thought he hung up. When he returned, he asked if I was ready and then read, slowly, from a piece of paper revealing to me, a Brooklyn stranger, his WEP password. I thanked him, apologized for waking him up and then S and I successfully got online. Soon after I sent Hasan a text alerting him to his free coffee awaiting him at Blackbird. He could claim it whenever he wanted. He texted back asking for a hot chocolate. Hasan, I hope you got your hot chocolate. Thank you for your password. Not only can New Yorkers be obnoxious (read: me) they are also incredibly nice when you call them asking for their private information.