Today, a very special guest post from Happy Ending favorite Ben Arthur, whose novels and albums you can find here, and who generously opted to give us an intimate look at what it means to build a song in tune with his forthcoming novel, If You Look for My Heart. For a bit more on Ben and his current project, check out this interview on Ear to Ear.

When Amanda asked me to submit something for the blog here, she said she’d be happy with whatever I gave her. Which is kind of scary. Like a small child, I secretly prefer limits.

But thinking about you, dear readers, sweating it out in the literary trenches—writing, editing, rewriting—it occurred to me that you might be interested in a peek at the analogous process in music.

Desolate is a song from my upcoming concept album/novel, IF YOU LOOK FOR MY HEART. Some songs on the album are narrative, reflecting themes or plot lines from the novel; Desolate is one of the “artifact” songs that appear directly in the story.

When I sat down to write it, I knew I wanted one of the characters in the book hear the song performed live on the radio in the small town where the story is set, and I knew I wanted it to be about a woman sleeping with a married man. Essentially, about her. I imagined some local singer-songwriter performing it on the morning show, I thought it should be compelling…but also kind of suck.

At least I got one thing right.

The problem was that not only did it suck, but I was now faced with the unenviable task of getting some hapless musician friend to sing a sucky song. Which seemed unfair.

So I tried again. I kept some of the imagery, but changed the chord structure, added a bridge and switched from 4/4 to a waltz. (I also sang in a weirdly affected not-how-I-usually-phrase way. Heaven knows why.)

With a less sucky song under my belt, I was able to talk my friend Rachael Yamagata into doing the lead vocal, so I drove up to her place outside Woodstock and recorded her singing over the same guitar from the last recording. But because Rachael’s voice sat best a little lower than where I originally sang the song, we recorded her singing a harmony to me and then discarded my melody part. (Which is the single similarity to Prince’s 1999.)

With Rachael anchoring the song, we went to Dubway Studios and recorded the drums and bass in their beautiful live room. Tony Leone and Byron Isaacs of the band Ollabelle did us the honor. I also re-recorded some of my harmony parts, retaining some of the off-time phrasing, which ended up sounding interesting alongside Rachael’s parts. Then we laid down the strings, snipped out some of the extraneous vocals, and added some compression and reverb. 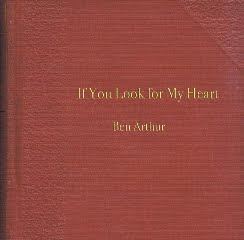