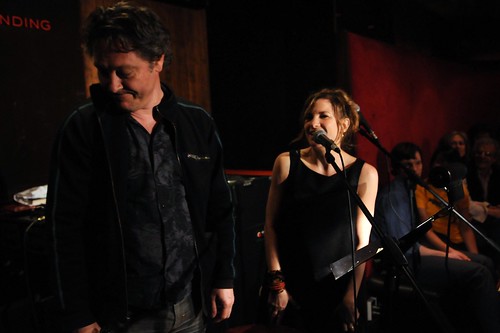 GLC_4913, originally uploaded by HERS Photo.

This man acted as my shill. I had been at the hospital that day with a friend and everywhere around me, people were throwing up, bleeding, you know, the things people do in emergency rooms. About 7 hours later, I left the hospital and on my way out, in the lobby, this guy starts checking me out and smiling. So i smile back to be polite and finally he says,

“You look so familiar.” And I said,
“Yeah, I saw you throwing up earlier.”

Then he ran away.

So I had a plant in the audience pretend he was the same guy and I broke up with him onstage. No one knew he was a shill, so that was both awkward and funny.