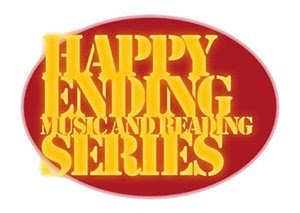 CHICAGOIST promotes HAPPY ENDING’s second ever show in Chicago! Waiting on pictures from people that I can post. Stay tuned. Until then…

Let’s face it—there’s precious little in the news cycle these days to encourage risk-taking. Planning on solo skydiving? Might want to examine your company’s recently reduced health care benefits. Want to gamble your tax refund on one crazy night in Vegas? Perhaps you should invest in your 401k instead.

But that’s where the Happy Ending Series comes in. And, no, it’s not that kind of “happy ending” series . . . sort of. Founded in a Chinatown bar by writer and comedian Amanda Stern, this New York-based reading and music series is tackling the Second City this Saturday night. The theme of each show revolves around getting readers to take a “public risk” onstage. Past risks have included an author reading his credit card number onstage and a particularly brave soul who shared passages from his college diary. The formula is admittedly a winning one; the Happy Ending Series was chosen by New York Magazine, The Village Voice, and NY Press as the best reading series in New York, and was praised by The New York Times for helping to “keep downtown New York alive.” Oh, and did we mention there are sing-alongs?