There was a time, not so long ago, when rumor had it that Sufjan Stevens was my boyfriend. Even Amy Sohn thought he was my man. New York Magazine got in on the action, fanning the fire of rumor and I was invited to a lot more parties. One such day, it seemed I won the lotto of invites and I ran down the hall to tell Sufjan. I ran into every room that I have calling his name. I called and called and looked and looked but he wasn’t here and all his clothes were gone. All traces of Sufjan were missing and that’s when I realized that the rumor that Sufjan Stevens was my boyfriend was not true.

Even if his next move is not with me, this here, courtesy of Brooklyn Based (my absolute favorite regular source of Brooklyn culture), is totally genius. 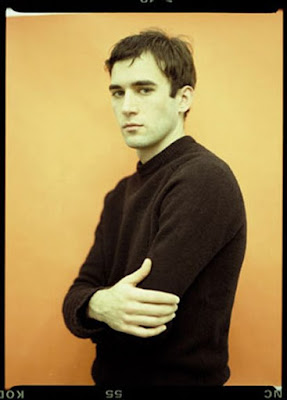 Sufjan Stevens has a brand new song so far heard only by his closest friends — and one lucky Brooklynite. Alec Duffy of the Hoi Polloi theater company was awarded exclusive rights to “The Lonely Man of Winter.” In an effort to combat the impersonal experience of internet-leaked tracks, Duffy is inviting fans to his home for a unique listening party, complete with tea and cookies. Three sessions (limited to four people) each Wednesday until Feburary 25. Email to reserve a spot, and bring your own headphones if you have good ones.

Notice that I did not include the email. I’m greedy and want a spot. Go to Brooklyn Based for the info.