The National Book Foundation announced the finalists for the 2009 National Book Awards. I have a penchant for taking credit and claiming responsibility for things that get recognized (is this one of the terrible traits that befalls the youngest child?) even when I’ve nothing to do with any of it. So, alongside the announcement of the NBA finalists, please find in bold my editorials on the responsibility I will take for specific nominations, even (and especially) where one thing has nothing to do with the other…

Fiction finalists:
Bonnie Jo Campbell for “American Salvage” from Wayne State University Press (none)
Colum McCann for “Let the Great World Spin from Random House (met him at a party once.)
Daniyal Mueenuddin for “In Other Rooms, Other Wonders” from W.W. Norton & Co. (saw this in the Norton catalogue a long time ago and thought it looked really good).
Jayne Anne Phillips for “Lark and Termite” from Alfred A. Knopf (She read at Happy Ending!)
Marcel Theroux for “Far North” from Farrar, Straus and Giroux. (none)

The nonfiction finalists are: (I don’t read a lot of non-fiction, so sadly I can’t take any credit for these)
David M. Carroll for “Following the Water: A Hydromancer’s Notebook” from Houghton Mifflin Harcourt
Sean B. Carroll for “Remarkable Creatures: Epic Adventures in the Search for the Origins of Species” from Houghton Mifflin Harcourt
Greg Grandin for “Fordlandia: The Rise and Fall of Henry Ford’s Forgotten Jungle City” from Metropolitan Books/Henry Holt
Adrienne Mayor for “The Poison King: The Life and Legend of Mithradates, Rome’s Deadliest Enemy” from Princeton University Press
T. J. Stiles for “The First Tycoon: The Epic Life of Cornelius Vanderbilt” from Alfred A. Knopf

Poetry Finalists
Rae Armantrout, Versed (Wesleyan University Press) (I really like her name)
Ann Lauterbach, Or to Begin Again, (Viking Penguin)
Carl Phillips, Speak Low (Farrar, Straus and Giroux) (met him years ago, heard him read and thought his poems were very special. Word must have gotten back to the NBA)
Lyrae Van Clief-Stefanon, Open Interval (University of Pittsburgh Press) (I like her name)
Keith Waldrop, Transcendental Studies: A Trilogy (University of California Press)

Young People’s Literature Finalist
Deborah Heiligman, Charles and Emma: The Darwins’ Leap of Faith (Henry Holt and Co.)
Phillip Hoose, Claudette Colvin: Twice Toward Justice (Farrar, Straus and Giroux)
David Small, Stitches (W.W. Norton & Co.) (Obsessed and he wrote a comment on my blog and this probably had a lot to do with how he got discovered, even though he wrote the comment two weeks ago)
Laini Taylor, Lips Touch: Three Times (Arthur A. Levine Books/Scholastic)
Rita Williams-Garcia, Jumped (HarperTeen/HarperCollins) 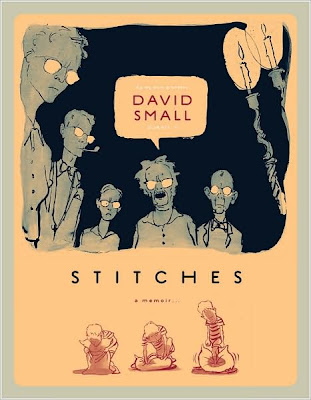 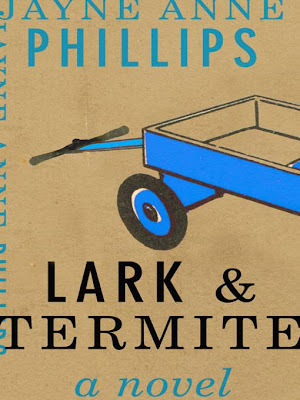