Funny that Jack Pendarvis should bring up Louella Parsons the other day, and then I sauced back with my Cindy Adams line because…We’ve been Page-Sixed. While, the series didn’t get mentioned by name, we know who the hell they’re talking about. We’re all waiting with stale breath for Michiko’s response to John Wray’s ink job…. 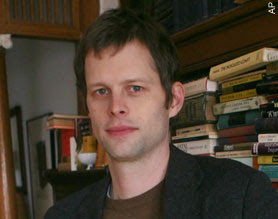 AUTHOR John Wray had the Joe’s Pub audience howling the other night at his reading of his novel “Low Boy.” When Wray was finished, he pulled up his shirt to reveal a giant magic marker tattoo of the face of caustic New York Times book critic Michiko Kakutani. While Wray has received positive reviews from other critics, he has not yet been deemed important enough to warrant the attention of Kakutani.

I’d be my honor to be your stepfather.