Soft Skull 2.0 comes to an end

My boy bids farewell to Soft Skull, but not to publishing. When I handed in my first novel to my then agent, in 2001, I told him that I wanted it published by Soft Skull. At the time, Soft Skull’s financial situation was in seeming disrepair, and he put me off. As the big publishers passed, I reiterated, Soft Skull, Soft Skull, and the agent kept on putting me off.

In Spring of 2002 the agent was at a party where he met Richard Nash and said, “I have a client who’s dying to be published by you.” Richard said, “Does she have a book?” Then Agent said, “Yes.” Richard said, “Well, why don’t you send it to me?” At the end of that weekend, we had a book deal. I couldn’t have asked for a better editor. Richard was hands on, invested, passionate and taught me a tremendous amount with the smallest edit. In the process, he became a friend. I truly don’t know of anyone who had a better publishing experience than I had my first time out. I credit Richard with it all. Soft Skull is losing its head (pun on purpose), but the publishing world is gaining a Richard and damn, we’re lucky. 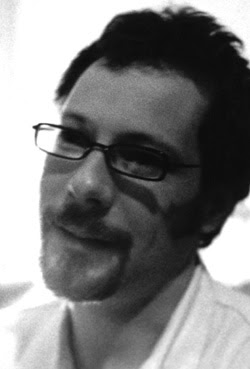 For a while I’ve had a category in the blog called The Future is Now. And, for me, that is now true. I’ll be leaving Soft Skull, as described in this press release.

Thanks for everyone out there for making Soft Skull what it is, above all the readers and writers whom we exist to serve and connect, along with my colleagues, paid and unpaid (!), who’ve put in vast amounts of hours, creativity, and intensity in order to bring those writers and readers together to create this thing we call culture.

When I explained to my colleagues yesterday that I would be consulting and freelancing, some were concerned this was a euphemism for leaving publishing. It is anything but. For me, my departure is actually about my passionate belief in the future of publishing, in the future of community built around long-form edited narrative texts, in the future of connecting writers and readers, in a Web 3.0 that’s about the filters. I’m going to take this opportunity to go even deeper into publishing, to double-down, to go all in…