You know you’ve gotten a good book review when the only thing that’s criticized is your title. Such is the case for Said Sayrafiezadeh. Dwight Garner has done a bang up job getting it right. Said read at Happy Ending’s “Brooklyn Book Festival,” event in September. PIck this memoir up, asap. But, check with Said about the pronunciation of his last name. Garner phoneticizes it, but oddly, I feel he short-changed Said a syllable. But, maybe it’s me that’s short a syllable. 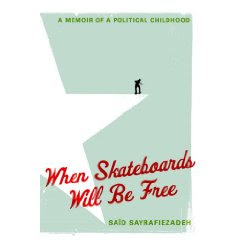 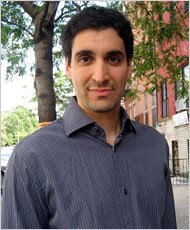 In “When Skateboards Will Be Free,” Mr. Sayrafiezadeh writes with extraordinary power and restraint. My evocation of Isaac Bashevis Singer above was not an accident. This writer’s prose has some of Singer’s wistful comedy, and a good deal of that writer’s curiosity about the places where desire, self-sacrifice and societal obligation intersect and collide.
Mr. Sayrafiezadeh is amazingly even-handed and even somewhat nostalgic about his blasted childhood. “There was something attractive, alluring,” he admits, “about being in the presence of men and women who had committed their lives to uncovering the hidden, unspoken secrets of the world.”

Tunnel Your Way to the Bookstore!