Look at us posting photos a mere three weeks after the show! Before you know it, they’ll be up before you can even say, “Wow, that was an awesome HES show I saw last week.” Just you wait. In case you missed out on August fifth’s “Progress and Process,” Amanda Stern was joined by co-host and curator Alec Hanley Bemis (who apparently missed the “hosts don’t have to take a public risk” memo), as well as readers Rachel Cohen (who requested five words from the audience to incorporate into her reading–“cantankerous” being the easiest of the five), Brandon Stosuy (whose presentation on American black metal came with its own ambassador), and Lawrence Weschler (whose powerpoint included photos of himself taking photos of himself–precisely what I’d expect from a National Book Critics Circle Award-winner). Colin Stetson made us consider the saxophone as more than just a great crescendo-builder in Hall&Oates songs (waaaay more), and Buke and Gass introduced us to some neat new instruments and some seriously powerful sound. 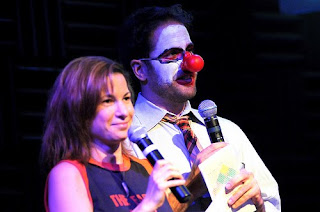 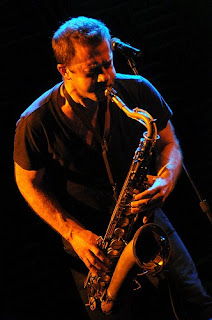 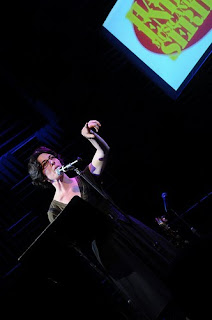 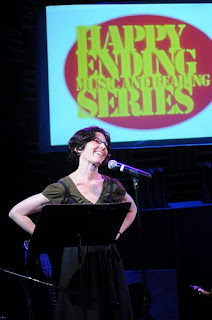 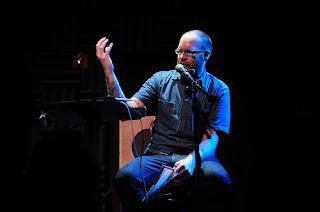 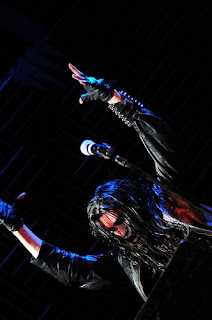 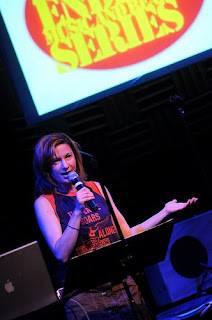 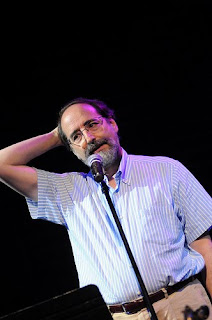 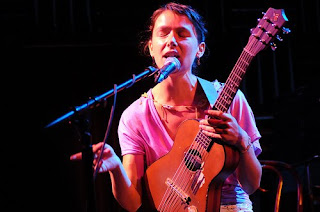 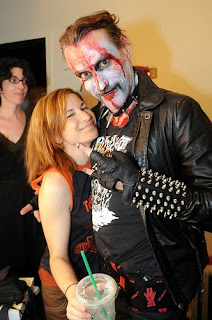 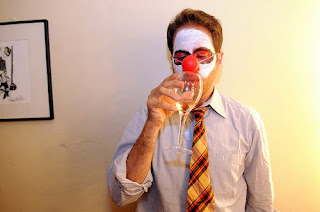 Alec is a clown

In case there wasn’t enough pantomime in your life…