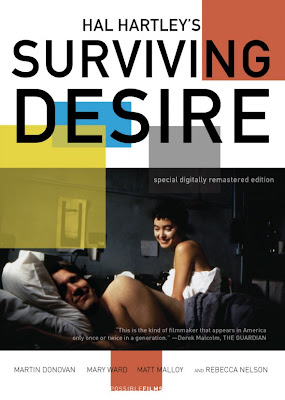 As of Friday, April 2, Possible Films is offering Hal Hartley’s 1991 TV film, Surviving Desire as a download from their website-store together with the two short films it was originally distributed with, Theory of Achievement and Ambition.

This newly re-mastered Surviving Desire will be released on DVD in the United States and Canada on April 27, 2010, by Microcinema International. Later in the year, it will be available all over the world.

This re-release will be kicked off with a screening of the films at the IFC Center in New York on Wednesday, April 21 at 8:30pm.

(The following evening Hal’s new short film collection, PF2, will be screened, also at 8:30pm. Hal will be present to introduce both events.)