They got the date for the premiere at Joe’s Pub wrong (it’s Wednesday, not Tuesday). But you knew that already. Big thanks to Rebecca Carroll!

We asked a random handful of our favorite people to tell us about their best reads of 2008 and got a cool, eclectic and smart bunch of new and old book titles to both check out and rediscover. 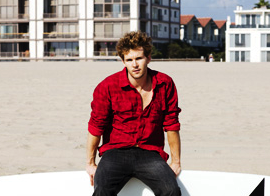 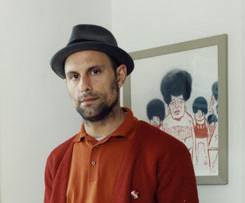 I read a lot, but hands down, my favorite book I read this year was To Kill a Mocking Bird by Harper Lee. Most Americans read this book in their youth, but growing up in Australia we had our own iconic novels that were part of the school curriculum. For me, it was such a look into the America of yesteryear — the racism, the sexism and what it meant to grow up in the South. It is the kind of book that creeps up on you and before you know it has surrounded you, and gives you no choice but to take it in. You can’t help but be affected by it, it stays with you and that for me is the true beauty of any art form.

The Spiritual Journey of Alejandro Jodorowsky by Alejandro Jodorowsky reminded me that without some sort of deep spiritual basis for everything I create, there is a huge risk of becoming nothing more than a clever aesthetician. Witty concepts and the ability to create pretty things is fine — but the true joy and enrichment in being an artist lies in your ability to heal yourself through your work (and as a byproduct, healing other people). I read this book as I traveled through Europe for a month this summer and returned a changed man.

I guess it would be Blackberry Winter by Margaret Mead. There are very few people like Margaret Mead, and her life story is a huge inspiration for me. The fact that a single woman in the early part of the century would travel to the south seas by herself to learn and try to preserve a culture is just beyond me. I try to follow her lead in my work by not polluting other cultures with my way of thinking or expectations — to just observe and be part of them.

A friend from Seattle sent me a collection of short stories by JD Salinger, and I loved the one called “From Esme, with Love and Squalor.” I traveled with the book for a while, and it prompted a series of encounters and the discovery of other authors. I also consequently got the other Salinger book I hadn’t read, Franny and Zooey.

33⅓ (Thirty-Three and a Third) is a series of books published by Continuum Books. Each book is written by a different author and focuses on a seminal album or musician. The only one I’ve read, Let’s Talk about Love: A Journey to the End of Taste, happens to be my favorite book of the year. Carl Wilson writes about the culture of bad taste as pertains to Celine Dion. In a truly brilliant and funny exploration, he examines his own contempt for her music, enumerates the varied recipes that make schmaltz and questions the ways in which we identify ourselves according to our taste in “bad” or “good” music. The writing here is strikingly intelligent, Wilson’s struggles (while relatable and more than understandable) are exuberant and engaging and stunningly funny. When I was three pages in, I decided I had a crush on this book. Now, I just want to marry it.