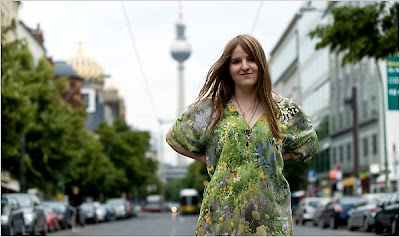 This is an interesting article and an interesting concept. A German girl, all of 17, has been winning praise for her debut novel, in which there appears to be lifted material, from blogs and another book. She contends that it’s not plagiarism, but “mixing” and that she represents a new generation where sampling is the norm and where originality is dead, but authenticity lives.

I have to say, while I’m not a proponent of plagiarism – hell, I get upset when people produce readings that too closely resemble mine – she has an interesting view and it’s one worth talking about. Here’s the article from the New York Times.