It’s Father’s Day, so I thought I’d do a post about some of my favorite famous/infamous literary fathers. Who are my favorite literary pops? Good question. And Google definitely has the answer. But when I Googled “famous/infamous literary fathers,” a big mess of links, dated today, turned up, directing me to the lists of bloggers who had the idea before I did. And boy, is it a big day for Atticus Finch, who tops approximately 98% of today’s lists. 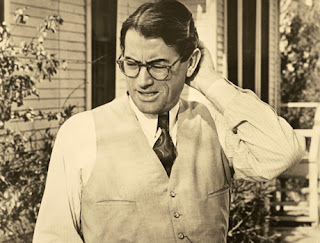 Well, my dad always taught me to have a Plan B, so, while I’m as big a fan of Barrister Finch as anyone, today I give you a list of some less traditional literary fathers. Enjoy, and don’t forget to call Dear Old Dad!
1. Brad Pitt, from that one issue of W Magazine. 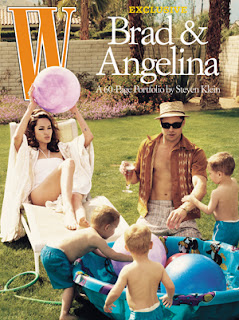 Even before he had kids, Brad Pitt was the ultimate package: looks, talent, money galore. You’d think that’d be enough, right? That it would be too much to ask for him to be a dynamite father of, like, 36 on top of everything? Not so! Brad Pitt is a devoted, crazy hot family man, and for this, and for his stunning/mesmerizing work in that one issue of W a few years back, which both alluded to and re-imagined a bygone era of suburban idealism, he gets our #1 spot.
2. This Guy, from the Fatherhood: Encouragement and Guidance pamphlet. 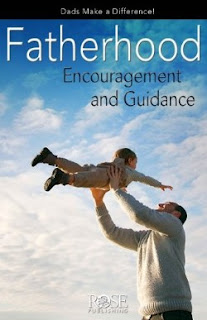 This guy makes fatherhood look like a breeze! This pamphlet is a must-read for anyone who is considering procreation. Among other strengths, it has great character arc (literally!). It takes a certain kind of dad to take the terror out of learning how to fly, and this guy has the touch. Look at how strong his arms are, and how perpendicular he holds his child. Notice how he keeps his forehead just out of reach of those little baby hands, thereby encouraging and guiding his son to keep reaching for his dreams.
3. Papa Bear from The Bearenstain Bears 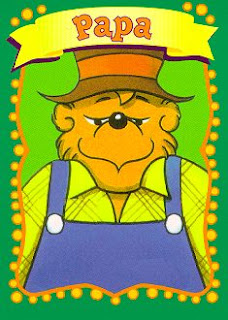 Last but not least is Papa Bear Bearenstain, who practically tucked me in every night growing up. He wears overalls like a pro and is always ready with some moral or another, plus I’m pretty sure he’ll never go bald, and, as we learned from our Numero Uno pick, it’s ideal to have a handsome father. Don’t believe me? Here’s his bio from his very own, very literary, website:

World’s greatest expert on almost everything. He is often wrong but never in doubt. He is a woodsbear and rough carpenter –very rough. He loves his family with all his might and since he is a bear, that is a lot of might.

Hear that? Very rough. Emphasis not mine.