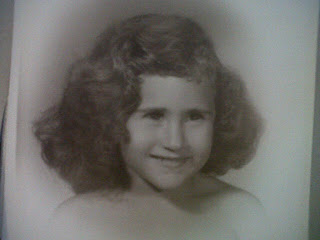 Today we warmly welcome a guest post from novelist, short story writer and essayist Lynne Tillman. Her most recent book is Someday This Will Be Funny, her fourth collection of stories, which came out in May 2011 from Red Lemonade Press. Currently, Red Lemonade is reissuing four of Lynne’s novels, Haunted Houses, Motion Sickness, Cast in Doubt, and No Lease on Life.
In honor of Red Lemonade’s reissue project, Lynne has written for us a meditation on the writing process for No Lease on Life, a novel that moves both gracefully and brutally through one woman’s intense, gritty and sometimes violent love for an intense, gritty and sometimes violent New York City. Click the jump for the goods.
I started writing No Lease on Life in 1993, encouraged by a friend, C. Carr, to “come home,” as my last two novels had been set in Europe. I’d been fishing around mentally for what I wanted to write, and I took her suggestion to heart. (Then couldn’t write it, because of other commitments, until 1995, though I did some research before and was always thinking of it.) No Lease on Life also began, in a more droll way, as a contemporary, wry or tart, and/or postmodern response to Joyce’s Ulysses, 24 hours in New York’s East Village. I wanted to write a book that was funny, dark, detailed–very specific so as also to be general. Also, I wanted to get at the level of frustration and rage we all live with, how comical it is, how hard and sad it is, how often we feel at the mercy of the world around us. I was interested in how outside and inside can’t be separated, the way dreams can’t be separated from waking life, unconscious from conscious life, how private and public intersect constantly, and how interior and exterior are fluid states.
I wanted to use jokes, I love them, and they’re little stories in themselves. Also, jokes say a lot about the time, the culture, what’s a problem, what’s in the air. I knew many, had them memorized, and heard many from my spouse (or long-running date) David Hofstra, who’s a musician, because musicians play in bars and between sets they tell each other jokes. But I didn’t want the jokes to be told by one of the characters –I wanted them to interrupt the narrative, Elizabeth’s day and night, or the reader’s, the way stuff just interrupts life all the time. The jokes cut into the story, like commentary or another inner life–the city’s perhaps. Some of the jokes are offensive, some flat, weird, some very specific to NYC (like about finding a parking spot).
For No Lease on Life I interviewed a few people whose homes are as much the street–outside–as the apartment–inside. I told them what I was doing, and because they’d seen me around, we’d talked or said hello for years, they let me interview them. Some of this material appears in No Lease on Life. Also I collected newspaper clippings, and used some of them in the novel, and listened in on conversations everywhere, took notes. The interview material is like my use of jokes, material which I consider documents of the time, cultural “stuff.”