In this edition of Guest Blogger, Liza Donnelly ponders the immortal question: What the hell did I get myself into?

Read on and join us this Wednesday to see ‘New Yorker Cartoonist Night’ co-curator Liza tame the beast that is public risk-taking at Happy Ending.

Frequently, I agree to things, and then when the thing is about to happen, I wonder what happened. Who agreed to this? Not me. Where was I when this was decided? One of Amanda’s requirements for participating in her Happy Endings Series is that the author take a risk onstage. In front of a bunch of people most of whom you don’t know, and even if I know them, you don’t really know them. When I agreed to do the show, I thought, how difficult could that be? You have no idea. I am not a risk-averse person, in most cases, but finding the right kind of risk for Amanda’s show is tricky. I certainly don’t want to disappoint her, nor do I want to appear not to be a good sport. It has to be of interest to the people who paid money to come see us take a risk. In 1962, it might have been enough for me to just wear pants onstage; but now, risk-taking is on a whole other level. How can I do a risk that appears to be a risk, but really isn’t?

I like to think I take risks every week when I draw my cartoons. Very poetic, you might think. But some of the cartoons I draw in my weekly batch (the fancy New Yorker term for a group of six or so drawings) are pretty bad, and every Tuesday I am risking seeming totally nuts, desperate, a bad writer, a bad drawer, or excruciatingly unfunny. But this is just between me and my editor, poor guy. He sees so many bad cartoons, mine just blend in with the rest. He doesn’t sit there in his office and laugh at me (as opposed to laughing at my cartoon), he doesn’t have time for that kind of connection. But with the Happy Ending Show, the point IS to laugh at ME doing a risk. But I agreed to do this, so I have to think of something. Some of my recent brilliant ideas:

5. argue with my husband (who is another New Yorker cartoonist, btw)

12. tell you about the other New Yorker cartoonists, particularly the ones I’m jealous of

13. tell you stories about my editor 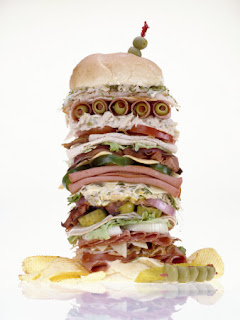 Akashic Books Does May Right

Get Your specs on! New Yorker Cartoonists are live on stage at Joe’s Pub!