Today, guest blogger–and New Yorker cartoonist getting up on stage this Wednesday at HERS–Carolita Johnson gives us a lesson in correlation. Take heed, cartoonists, writers, and really anyone that has a job they can temporarily shelve in favor of a good book–your Kindle is out to eat your wages.

Kindle & Cartoon Production
Well, wouldn’t you know it. I have found a direct relationship between reading eBooks on the subway and cartoon production levels. The more whodunnits I read on my way to my day job, the less cartoons I produce. This became evident when quite a long time passed during which I was only able to rehash old cartoon ideas rather than come up with any new ones. Actually, it became evident when I ran out of Raymond Chandler to read. Because then I ran out of Dashiell Hammett to read. And then I ran out of Bradley-Chase to read. And then I ran out of Parker to read. And then I ran out of Girl with Dragon Tattoo series books to read. And then… well, you get the picture. I got addicted. And Kindle makes it so easy to get book after book after book. It’s like some kind of a pusher. C’mon, the book only cost 99 cents, get a few. And it’s so easy. I get the books right on my iPhone. There’s a whole library in my pocket. And reading’s good, right? Everybody says that. Even reading under the covers at night till 2am is looked on as kind of cute. Who’d think I was damaging my career by reading? Well, one day I finally was at a loss as to who to download next and had nothing to read for a whole week. Cartoon production spiked. That clinched it. I put the kabosh on the mysteryreading except for on the elliptical at the gym. Trying to figure out who killed the wealthy old dowager with a three-bladed knife is one of the few things that gets me through that half hour of cardio. 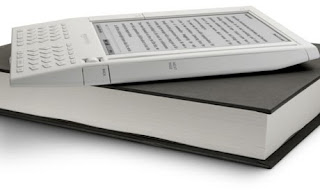 Get Your specs on! New Yorker Cartoonists are live on stage at Joe’s Pub!