I’m feeling really lucky for both of us right now. Lucky for me because after taking a little break from blogging to bounce to Italy (photos of international bidets to come) I get to come backatchya with a wonderful guest blog post from Brett Fletcher Lauer, whose poems you can read here, here and here, and whose new Missed Connections-themed site, Ships That Pass, you should check out immediately. And boy do I feel lucky for you, because now you get to read Brett’s excellent, knowing account of his own initial foray into the world of internet relationships, continued after the jump.

I don’t know you. I wrote that based on profiles from a dating site. It was meant to be a project to see if I could take all the interesting language and tag-lines and craft it into a text that represented that strange experience. Perhaps I didn’t think it all the way through. I didn’t mean for you to stumble upon it, and hope it didn’t freak you out too much. I’ll remove the posting if it did.

Jake
Hey Jake, It’s no problem – I was mostly bewildered, since 90% of the entry was unfamiliar (…but since I was at McCarren Pool twice this week, I figured I would check it out). It’s pure luck that I have a friend that peruses Missed Connections! Don’t worry about taking it down. It’s not really deprecatory, just odd. I do feel sheepish for being busted for being on a dating site, though.Cassidy
Cassidy,
Oh, don’t feel sheepish. You got “caught” by someone who is also on the site. That doesn’t really count. Also, to come clean, and make this entire thing even more creepy, my name isn’t Jake.
Yours, Brett
Brett Fletcher Lauer is the managing director of the Poetry Society of America and the poetry editor of A Public Space. His poems have appeared in American Poetry Review, Boston Review, Tin House, and elsewhere. He curates the fake Missed Connection tumblr shipsthatpass.tumblr.com. 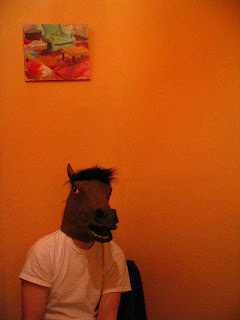 RISKS & THE RISKERS WHO RISKED THEM