But Melynda Fuller, does not. This just in (a month or two behind…)

New York has long been the literary capital of the world: Dorothy Parker and her round table at the Algonquin, Norman Mailer digging up controversy with the Village Voice, and Jack Kerouac and Hunter S. Thompson at the White Horse Tavern. But the city’s scene can still get stale. Enter the Happy Ending Music and Reading Series, moving to Joe’s Pub in January.

Started in 2003 by Amanda Stern, author of the novel The Long Haul and host of popular events like the PEN American Center’s lit series, Happy Ending quickly became one of the best-loved literary tickets in town. In the LES massage parlor turned bar (also named The Happy Ending for “extras” available at the end of massages decades ago), the first event had a star-studded lineup: A.M. Homes and Mary Gaitskill each read from work while Rick Moody performed with his group the Wingdale Community Singers. 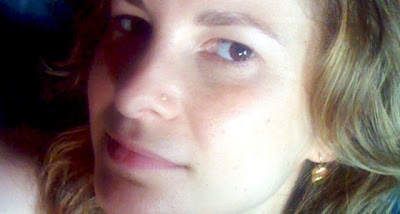 Since then, the bi-monthly event has hosted everyone from David Rakoff to Jennifer Egan to Nick Flynn. It was called “the city’s most vital author series” by Time Out New York. The New York Times Magazine lauded Stern as “a new bohemian…who is keeping downtown alive.”

What sets this series apart is the compromising positions the performers may find themselves in—something the building is no stranger to. They always in some sense take a risk, whether that means a shy writer singing in front of the audience or reading from a high-school diary. Musical performers are expected to cover a song and get the audience to sing along—difficult for even the most popular bands to accomplish in a place like New York.

December 17th marks the last event at the Happy Ending Bar, with writers Sadia Shepard, Ben Markovits and Sana Krasikov and music from Randy Kaplan. But once settled in their new digs, there’s no doubt that the Happy Ending Music and Reading Series will remain one of the stalwarts of the New York literary scene. With the New Year, a new legacy will begin downtown.