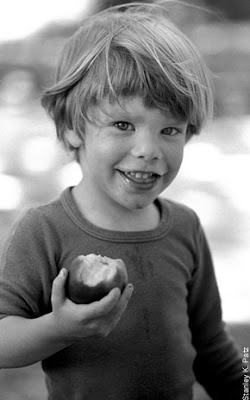 I wrote about this case for the New York Times’ “Lives Page,” a few years back. It changed my entire childhood, confirmed my worst fears about what could happen when you left your mom’s side, something I struggled with, daily. There’s a long piece about it in the NY Post today. Here are both pieces.

They say he’s finally dead now. Etan Patz was 6 when he vanished on his way to school one morning in 1979. He was never seen again, and recently the courts declared him dead. I have spent the past 22 years convinced I would bring him home. Read the rest of my piece, here.

Thirty years ago this month, six-year-old Etan Patz ran down the three flights from his SoHo loft, kissed his mother goodbye, dashed out his front door to head west on Prince Street, vanished somewhere on the next block as he approached West Broadway, and changed New York City forever. Read the rest of my piece, here.

I Bet You Thought My Essay Was About You.