Soon, when the temperature lowers to 99 degrees, I will have the energy to write on the following things:

My July 4th Weekend in the Catskills. Or was I in the Adirondacks? Does it really make a difference? Probably. Regardless, I went up to my friends Marco and Margaret’s barn for their annual theme-based  bash (this year was the 20th reunion! Theme: Mardi Gras). About 30-35 people descended on the house, sleeping in tents in the woods (except for me – I got to sleep in the house because, well – I don’t really know why. Maybe because they knew out of every single person in their circle I was the only one who didn’t, never would ever, own a tent.). There’s no running water in their place, so a dank smelling outhouse in the woods – decorated in an Asian theme, as though decor might mask the metallic-stench – was how I “roughed it.” We dressed up, formed a parade down the hill, surprised their neighbors by choosing their house upon which to descend. Their kids ran out and of the house and gave us imitation Jelly beans (there’s nothing worse then an artificial imitation of something artificial, and yet nothing better).  Hey – you know what I’m doing right now? Writing the post I said was TK!

Some photos from the weekend: 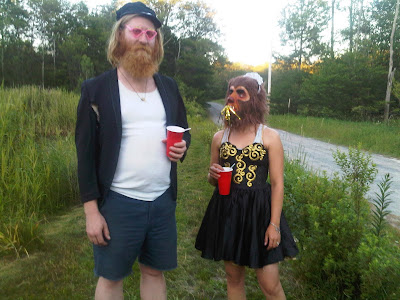 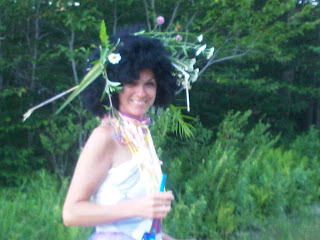 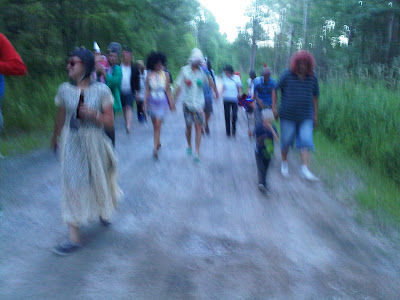 Other things to blog about – the Vienna/Jake stand-off and the misogyny of Jake Pavelka and Chris Harrison (as brought to you by ABC).

And also other things whose title and content I can’t remember, but are extremely important and ridiculously relevant. Or not.

Buy a Book, Save a Bookstore!