Mei-Lai Hippisley-Coxe was my downstairs neighbor for a few years, a couple years back. When she got pregnant, she moved to the far-away land of Williamsburg. Her baby, Araminta, called “Minty” and sometimes, “Minty Python,” was born premature, but was strong enough to bypass the NICU.  Six weeks later, she was crying more than usual and Mama Python took her to the doctor who diagnosed Minty with Hydrocephalus. A CAT-SCAN revealed a mass at the base of her brain, and Minty underwent 4 head operations in 11 days. For the next year, they  attacked and starved the tumors, which had grown during radiation, and Mama Python sent mass emails out to friends, acquaintances and old neighbors keeping everyone up to date. I’m sad to report that a day after Minty’s 1st birthday, she passed away. She couldn’t have had a better mother, than Mei-Lai. 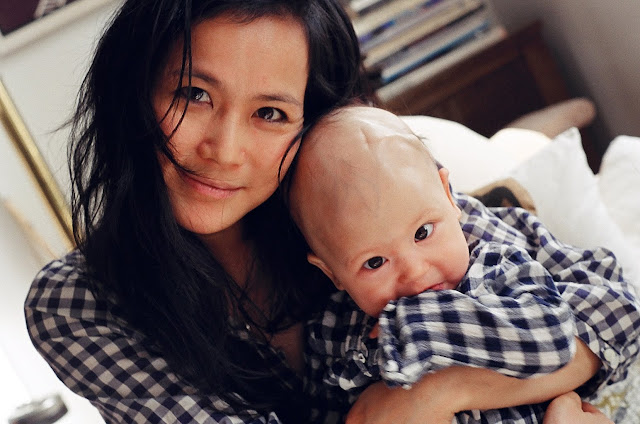 Not Your Mama’s Websters

Joanie at the barn